All Articles on Seeking Alpha

Login to save text 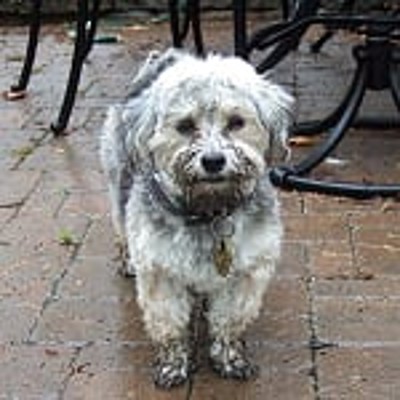 “You cannot legislate the poor into prosperity by legislating the wealthy out of prosperity. What one person receives without working for, another person must work for without receiving. The government cannot give to anybody anything that the government does not first take from somebody else.

When half of the people get the idea that they do not have to work because the other half is going to take care of them, and when the other half gets the idea that it does no good to work because somebody else is going to get what they work for, that my dear friend, is the beginning of the end of any nation. You cannot multiply wealth by dividing it.”

Life is like a trumpet – if you don’t put anything into it, you don’t get anything out of it.
J.K. Rowling
“It takes a great deal of courage to stand up to your enemies, but a great deal more to stand up to your friends.
(Harry Potter and the Sorcerer’s Stone – 2001 – Albus Dumbledore)
“Now is the time that we must choose between what is right and what is easy.”(Harry Potter and the Goblet of Fire -2005)

Better to remain silent and be thought a fool than to speak out and remove all doubt.
Confucius
Choose a job you love, and you will never have to work a day in your life.
Anonymous

To Kill an American

You probably missed it in the rush of news last week, but there wasactually a report that someone in Pakistan had published in anewspaper an offer of a reward to anyone who killed an American, anyAmerican.

So an Australian dentist wrote the following to let everyone know whatan American is… so they would know when they found one. (Good on ya,mate!!!!)

An American is English, or French, or Italian, Irish, German, Spanish,Polish, Russian or Greek.

An American may also be a Cherokee, Osage, Blackfoot, Navaho, Apache,Seminole or one of the many other tribes known as native Americans.

An American is Christian, or he could be Jewish, or Buddhist, orMuslim.

In fact, there are more Muslims in America than in Afghanistan.Continue reading »

Alexander Graham Bell
When one door closes, another opens: but we often look so long and so regretfully upon the closed door that we do not see the one which has opened for us.
Lou Holtz
Life is ten percent what happens to you and ninety percent how you respond to it.
Barry Goldwater
A government that is big enough to give you all you want is big enough to take it all away.
Charles Kingsley
If you want to be miserable, think about yourself, about what you want, what you like, what respect people ought to pay you and what people think of you.
Cicero
If you don’t know where you come from you will always be a child.
Father Denis Edward O’Brien -USMC
"It is the soldier, not the reporter,
Who has given us freedom of the press.It is the soldier, not the poet,Who has given us freedom of speech.It is the soldier, not the campus organizer,Who has given us the freedom to demonstrate.It is the soldier,Who salutes the flag,Who serves beneath the flag,And whose coffin is draped by the flag,Who allows the protestor to burn the flag."
Sir William Osler
The best preparation for tomorrow is to do today’s work incredibly well.
Nancy Pelosi
We have to pass the bill so that you can find out what is in it...   -- On March 9, 2010, Pelosi said of the Affordable Care Act
Robert G. Ingersoll
The time to be happy is now; the place to be happy is here. The way to be happy is to make others so.
Winston Churchill
If you will not fight for the right when you can easily win without bloodshed, if you will not fight when your victory will be sure and not costly, you may come to the moment when you will have to fight, with all the odds against you and only a precarious chance of survival. There may even be worse case; you may have to fight when there is no hope of victory, because it is better to perish than to live as slaves.
John Brown
I am now quite certain that the crimes of this guilty land will never be purged away but with blood."

Colin Powel
Leadership is solving problems. The day soldiers stop bringing you their problems is the day you have stopped leading them. They have either lost confidence that you can help or concluded that you do not care. Either case is a failure of leadership
Eleanor Roosevelt
Great minds discuss ideas
Average minds discuss events.
Small minds discuss people.
"Worry never robs tomorrow of its sorrow, it only saps today of its joy." Leo Buscaglia