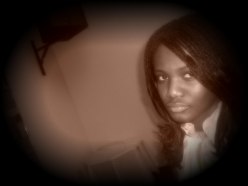 Three passions have governed my life: The longings for love, the search for knowledge, And unbearable pity for the suffering of [humankind]. Love brings ecstasy and relieves loneliness. In the union of love I have seen In a mystic miniature the prefiguring vision Of the heavens that saints and poets have imagined. With equal passion I have sought knowledge. I have wished to understand the hearts of [people]. I have wished to know why the stars shine. Love and knowledge led upwards to the heavens, But always pity brought me back to earth; Cries of pain reverberated in my heart Of children in famine, of victims tortured And of old people left helpless. I long to alleviate the evil, but I cannot, And I too suffer. This has been my life; I found it worth living. Bertrand Russel

Creativity is the sudden cessation of stupidity. -Edwin Land

Beauty of the World

The beauty of the world has two edges, one of laughter, one of anguish, cutting the heart asunder.-Virginia Woolf

Be on your guard; stand firm in the faith; be men of courage; be strong. 1 Corinthians 16:13

If you aren't good at loving yourself, you will have a difficult time loving anyone, since you'll resent the time and energy you give another person that you aren't even giving to yourself. -Barbara de Angelis

We have a hunger of the mind which asks for knowledge of all around us, and the more we gain, the more is our desire; the more we see, the more we are capable of seeing. -Maria Mitchell

Social Injstice Commited From Both Races

I think that Social Injustice is committed on both races. A black person would go ahead and act all disgusted because they claim either dress like a white girl, talk like a white girl, or maybe even sometimes like white music, as if there is even such a thing as listening to white music. Music is music. Anyways, a white person will also go ahead and be judgmental sometimes when they meet a black person without even really knowing them. So, I believe that Social Injustice is on both sides.

About a year ago, I got made fun of for having a "White Girl" accent. I was like so totally angered by the act of prejudice. Everyone has a different way of speaking and I was so annoyed and shocked at this extremely bold thing that the girl did. To show respect for that person, I shall not name them. But still, everyone should be accepted for who they are no matter what.

A few days ago, I found out that gays are not allowed to join the U.S. army. I personally believe that this is a form of Social Injustice. Just because gays are well gays doesn't mean that they are not human. If gays want the right to be the army, they should have the right to be in the army. I mean, they want to fight for the same country that non gays are fighting for. So in conclusion, gays should be allowed to join the army because they want to fight for their country and no one should be allowed to stand in their way.

Yesterday I was watching Oprah and they did a show about how these men are raping little girls. I saw this little girl of about 13 years old just lying there helpless with infections. Nobody wanted to help pick her up so that she could go get treatment. Finally, someone offered to help and I was like so saddened by this. Women have been getting unfair treatment for a long time and even as new laws are made that protect women, the laws are still broken. I believe that this is a form of social injustice. 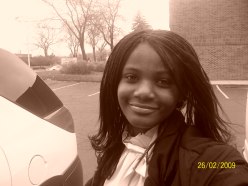 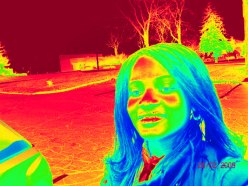 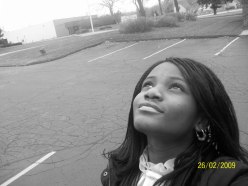 So Far From Bamboo Grove

I knew what I was doing on that test But what can I say It was for the best People were dying While at war And my family did not want me away so far Who was there to protect my family While I was gone For father had left, in Japan for work So I failed the test And along with the rest Went to work in the factory Feeling like a pest But at least I was a communicator By discussing with my mother Explaining why I had to go to war Oh, away so far So in conclusion I knew what I was doing I failed the test Deal with the rest

So Far From Bamboo Grove

So Far From the Bamboo Grove was written by Yoko Kawashima about her personal experiences during World War 2.

Japanese History In 1945 Japan, Germany, Italy, and other Axis countries were losing against Great Britain, the US, the Soviet Union, and other allied counties. During this time the tension between Korea and Japan was growing. The Japanese has controlled Korea since 1910 and many Koreas did not like their presence. Korea is positioned between Japan, China, and Russia, it the 1800’s Japan wanted to use Korea as a hub for trading. Korea resisted trade because they had a policy of isolation, when they did not cooperate the Japanese military forced them to sign a treaty of trade and friendship. Many Japanese ports were opened as a result. The Chinese did not like Japanese influence in Korea, because they were using the new trade agreement as an excuse to interfere in Korea’s affairs. China forced Korea to sign a treaty of trade along with other countries including the US. Japan and China continued to struggle over Korea; in 1894 it resulted in war. The Japanese won and began to give orders to Korea. Russia watched as all of these events took place, and in 1904 completion resulted in the Russo-Japanese war. Russia had to sign a treaty giving Japan unquestioned authority. In 1910 Japan took full control of Korea, establishing military and governmental control. They denied many basic rights, such as the right to assemble, freedom of speech. Korean schools were closed and new Japanese ones opened, where students could only study Japanese language and history. Japanese surrender in 1945 ended almost 36 years of Japanese control. The Allies decided that Korea could not govern itself after so many years of foreign rule. China, Great Britan, the US, and the Soviet Union set up a trusteeship to supervise the governing of Korea. Korea was divided along the 38th parallel, the north occupied by the Soviet Union, and the south occupied by the US. In 1948 the division became official when Korea divided into two republics; North Korea, and South Korea. At there closest point Korea and Japan are 140 miles apart. Although they are so close the two cultures are distinctly different. Korea is very mountainous so the railroads tend to hug the coast, and the major cities lie on the coastal area.

About Yoko Kawashima Watkins Yoko Kawashima Watkins was born in Japan in 1933. Her family lived in Manchuria a region in northern china where her father was stationed as a Japanese government official. This region of China had been under Japanese control since 1931. The family later moved to Nanam in northern Korea, where her father was overseeing Japanese political interests. Japan had taken control of Korea in 1910. Although the family lived in Korea they followed many Japanese traditions. Yoko, her brother Hideyo, and her sister Ko practiced calligraphy, the art of serving and receiving tea, and classic Japanese dance. Yoko’s family lived very comfortably in Korea until July of 1945, when it became clear that Japan was losing WW2. Yoko, her sister and her mother had to flee Korea to ensure their safety. Because Japans presence in Korea was greatly resented there comfortable life became a life on the run, as they made there was back to Japan. Yoko survived the journey back to Japan where she finished her secondary schooling. She then attending Kyoto University where she was in an English-language based program. She graduated and worked at the US Air Force Base as a translator, where she met her future husband. She married Donald Watkins, and American pilot in 1953. In 1955 her husband was transferred to the US, where they lived in Minnesota, Wisconsin, Oregon, and finally settled in Brewster, Massachusetts where they still live. Together the couple had four children. In 1976 Yoko began writing So Far From The Bamboo Grove. It was published in 1986, and has won many awards. In 1994 she published a second book My Brother, My sister, and I. In addition to writing Yoko gives lectures, visits schools, answers questions, and gives advice to students.

The devastating earthquake that hit Haiti some weeks ago has turned the country and it's people upside down. Haiti was an underprivileged country even before the earthquake, so you can imagine how messed up the poor country is right now. On January 12, 2010, scientists received news of the earthquake.
The people of Haiti had been forewarned that a natural disaster could strike any moment because for one, they were surrounded by water, but we guarantee that it was still a shock to the Haitian people. The International Red Cross estimated that about  3 million people were affected by the earthquake. Not a hug surprise there though.
During slavery times, Haiti was the only nation that rose up and defended themselves, which caused them to gain their freedom but lose a whole lot of money. So, Haiti did not have enough money to ensure that their buildings were strong, so when the earthquake occurred, the whole country of Haiti came crashing down.
A whole lot of people perished, and some got stuck under buildings. There was even a girl who got stuck under a building for fifteen days and nights without nutrition but still survived. By January 24th, 52 aftershocks had been recorded. One aftershock was even so high that it was labeled as another earthquake.
As you read this right now several countries are aiding Haiti financially and medically right now. The U.S. has sent over 10,000 troops to the tiny country of Haiti and there have been many fundraisers for Haiti. Our best wishes are to the country and we sincerely hope that it will be able to recover from the seriously low jab.

This picture shows Haiti after it's devastating earthquake. As you can see, troopers are carefully looking for bodies.

Lyrics to My Favorite Songs

I Will Always Love you

There's A Winner In You

Predetermination vs. Free Will