Otto Frank- father (head of family): He walked through his childhood in Frankfurt, Germany. He owned the 263 Prinsengracht, which held the Secret Annex. The Annex becomes their hiding place for the Franks, van Pels (Daan), and Mr. Pfeffer. He also becomes the sole survivor of the concentration camps of the 8 that were hiding in the Annex. Edith Frank-mother of family: She's 11 years younger than Otto Frank. She grew up in Aachen, Germany. The two were bind together on May 12, 1925. Margot Betti Frank- Anne's older sister was born on February 16, 1926. Her personality was totally different from Anne. She was calm and quiet. She did well in school or all her subjects.

Anne was born on June 29,1929 in Germany. A young lady whose nice? Yes! Elegant? Not so much......Her personality was wild like she was the queen of the jungle and willful. These characteristics benefits her to become a famous writer even after her death and they also made it difficult for her parents to please her, unlike her sister. She, unlike her sister, failed in math, no matter how long her father spent trying to teach her.

Young baby, Anne, in the arms of her mother, Edith Frank. 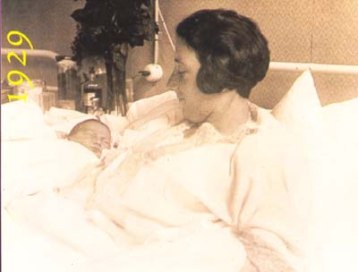 Anne and Her Friend, Sanne

This is a picture of her apartment in the Netherlands, Merwedeplein. 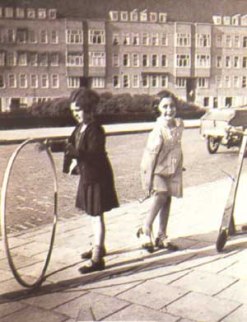 This is a picture of Otto Frank and his two lovely daughters. 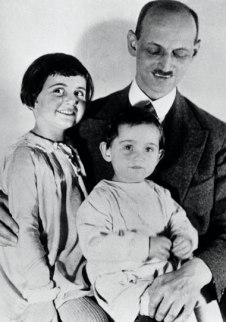 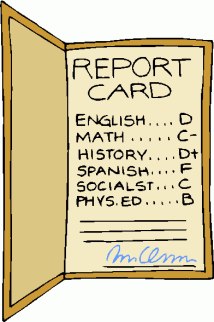 The school Anne was forced to attend after the Nazis invaded the Netherlands. 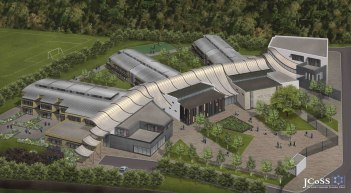 They never planned to hide THAT early either. However, when Margot received a call-up letter to report to a camp, everyone became anxious. When someone went to the camps. it'd be the last of them. So, the plan was carried out a bit earlier than planned or expected. Miep and her husband (Jan) arrive with raincoats on in order to carry clothes and books to the hiding place. The next morning, after Margot received the letter, Edith woke the children up at 5:30. She orders them both to dress in layers of clothes as much as possible. Miep Gies helped Margot to arrive at the Annex first (seeing as the Nazis would pursue her since she never reported) by bike. Thanks to the raining weather, they had a low chance of being stopped midway. When the rest of the Franks were leaving. they didn't tell anyone of where they were really headed. They just left evidence as if they had moved to Sweden where Otto's mother lived. Only a few knew of where they really were.

Voskuijl was one of the men worked in the warehouse with Otto. He helped build the bookcase that led to the Annex. Elizabeth "Bep" (Voskuijl's daughter) was Otto's secretary. Miep Gies and Jan Gies helped them with moving some things that the Franks would need at the Annex. However, Miep held the most difficult task: getting Margot to the Annex.

These 4 people were the only ones that knew of where the Franks were hiding. They'd often sneak things the hiders needed. 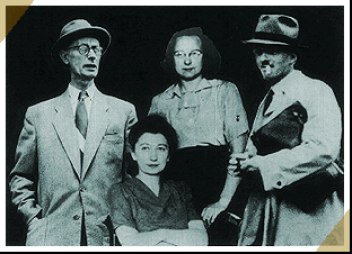 Life in hiding wasn't really easy. Of course, at first, Anne thought of hiding in the Annex as a vacation, but those thoughts were bound to change soon enough. As days, months, 2 years passed, Anne became frustrated yet filled with hope. She wrote everything in the diary she received on her 13th birthday, rarely missing a day of not writing in it. Her frustrations led to arguments with her mom, Edith, who freaked out (being very frustrated herself). Also, in order to create little noise as possible, they ate in the van Pels' room. During working hours downstairs, Anne would hum really softly to a tune. She'd exercise by doing some ballet steps.

Everyone ate in the van Pels' room because it was on the top floor where noise was least likely to be heard. No one knew of the Annex so they had to be very very quiet.

Later, after a week of hiding in the Annex, the van Pels (Daan) join them in hiding followed by a dentist, Mr. Pfeffer. Mr. Frank decided to let the dentist join them because of 2 reasons. 1) Being a dentist, it saves them the trouble of having to go to a dentist if something happened to their teeth, which would put them in danger. 2) It wouldn't hurt to add one more person to hide. One more person meant one more from getting killed.

Moving Not Once, but Twice

Adolf Hitler (an anti-Jew) became chancellor of Germany in 1933. While Otto Frank searched for a new place to live in Holland, Edith takes her 2 daughters to Aachen with her mom. Margot joined Otto on December 1933 with her mother in order to submit to school in January. Anne, being who she is, arrived on February 1934. The last time she ever moved was when Amsterdam, Holland had been overthrown by the Nazis and they were no longer safe to live in their apartment on 37 Merwedeplein.

This is the room she used during the times when she hid herself from the Nazis in the Annex above her dad's office. 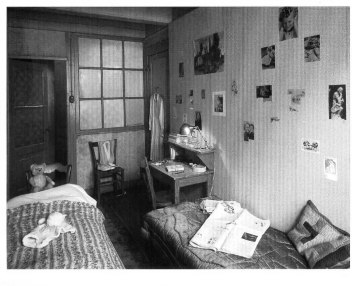 This is an attic in the Secret Annex. 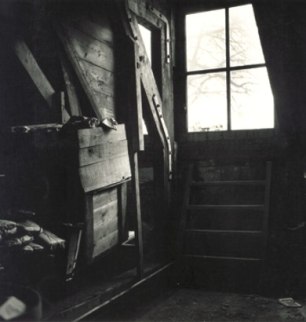 This room is located in the van Pels' room on the top floor. 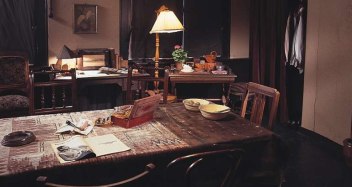 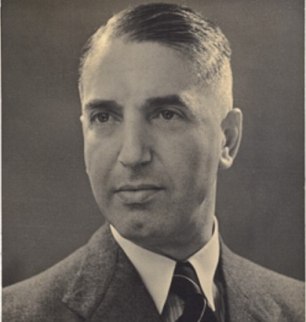 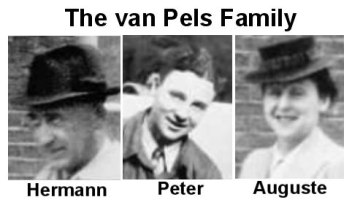 This is the very diary Anne received from her father on her 13th birthday. She had written her experiences and feelings she held during the times when she was hiding in the Annex. 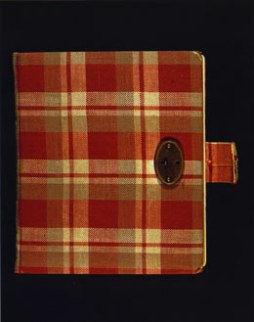 This is the building the Franks and 4 others hid themselves for 2 years. 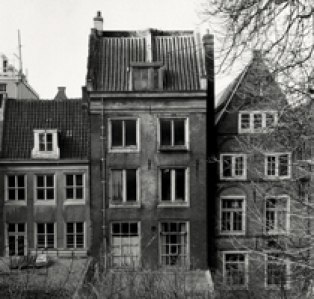 Discovered and The Camps

Unfortunately, Anne's mom, Edith Frank, died of hunger on January 6, 1945. Otto Frank became the only survivor of the 8 people that were captured from the Annex. He learned the death of his two beloved daughters when he received a letter from a nurse that stayed with them in the camp, Jannie Brilleslijper.

The cruel, yet kind fangs of death snatched Margot's life first with typhus and the same with Anne's life the day after Margot died. She also had typhus and she became delirious and tore all her clothing to rid herself of fleas. She was only wrapped in a blanket, even if it was winter.

The two girls died in the camp of Bergen-Belsen a few weeks before the camp was liberated. A shame because if she and her sister clung onto their lives with all their might, they might have been able to survive and reunite with their father, Otto Frank.

Behind this movable bookcase is the entrance to the Secret Annex. However, on Aug. 4, 1944, the Germans discovered and arrested the occupants. 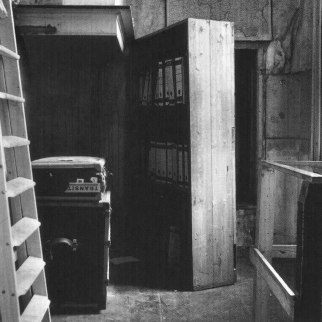 The camp where the most deaths occurred and the very place Anne and her family were sent to. 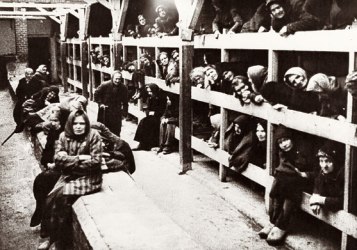 The grave of Margot and Anne Frank. 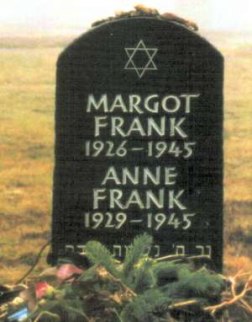 Later, Anne and Margot were separated from her parents and send to the Bergen-Belsen Camp. Unlike Aushwitz, this camp didn't contain any gas chambers or anything that could kill you in an instant. 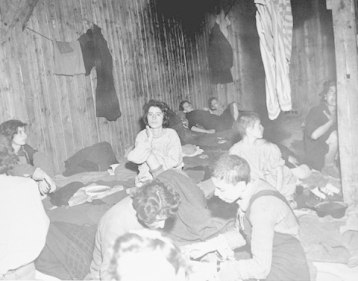