Mike latest unforgettable moment - no surprise here.... Last Friday Mike left his keys (cars & house) at work.  Funny part is he realised this while waiting for a train in town. When asked why doesn't he return to the office to pick them up he said "I also left my access pass in the office so I wont be able to get in"  Nice one Mike!!!

Park Hyatt say "NO WAY" to Mia and Jude.  Park Hyatt released a statement "At Park Hyatt we take weddings very seriously.  We serve our own food, provide our own music and under no circumstances permit Michael Jackson impersonations.  Also, we employ our own maintenance staff.  We dont need people to go around tapping walls, flicking light switches pretending to find gaps or deficiencies.  To say this is a cultural bias is wrong, just look at the last Indian wedding, that involved something call the grand march!"


Anglo Tip of the Day

Don't throw out your takeaway containers, bring them to the next function and fill them with leftovers.

Indian parents don't realise phone connections to foreign countries have improved in the last two decades, and still scream at the top of their lungs when making foreign calls.

Aldi's have half price natural yohgurt.

Unconfirmed reports indicate a defection in the line dancing group. A splinter group has formed, much to the destain of Marlene and Lauren who both say if you cant handle the heat then eat yohgurt, it's much more effective than water.

The next function will be held at Jude and Mia's house this Sunday night.

Jude was wrapped to be 'snapped' in this dazzling number. Handed down from Grennie. 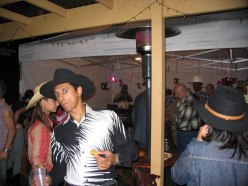 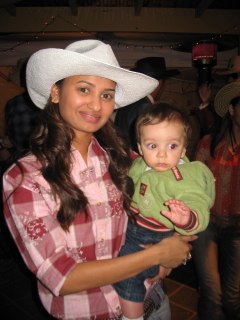 When Kate Proposed to Nour